Now that’s a fear worth changing!

It all started on the first day of kindergarten when my teacher decided to do what teachers do — she had us all sit in a circle in the middle of the room.  I can’t quite recall what the point of this game was, probably some ice breaker type exercise to learn everyone’s names, but I know it involved raising your hand when your turn came around.  My turn came and went, but I didn’t raise my hand.  I don’t think the teacher appreciated my lack of participation because afterwards the other kids were free to go and I was forced to…“Stay right there, and think about what you did!”.

Sorry Ms Jackson….I am for real

Little did she know, I wasn’t trying to be difficult, it was really more about the fear of all the attention it would bring my way. In my teacher’s defense (Sorry, Ms Jackson) I believe she really did think I was being rebellious.  Haha. Me rebellious?  I only WISH I was that cool back then!

The worst was yet to come

Now, there I was.  All alone in the class – so much for not drawing attention to myself, RIGHT?  I could feel all eyes on me as the others left (or at least that’s how it felt).  But the worst was yet to come! Shy and afraid to get in trouble again,  suddenly “nature called” (quite urgently I might add), but I stayed frozen in the spot she left me and didn’t say a word. And well… accidents, they will happen.

I’m pretty sure even the kids in my class don’t know the full story, so, why the heck am I telling you?

I’m sharing this because it was embarrassing, humiliating even — but ultimately FUNNY (at least it is now after all these years).    .

But what’s not funny is how sometimes similar fears can still crop up after so many years.  A lot has changed and I’ve “come out of my shell” as they say but when it comes time to proverbially raise my hand (let’s say by clicking publish on this blog for example) — sometimes, I’m right back sitting in that pee on the floor on the first day of kindergarten.

“That Don’t Make No Sense”

When you think about it, what’s more embarrassing? Raising my hand to respond or being singled out for not participating and then being discovered a half hour later soaking in my own pee scared to make a move?  Not a hard decision in hindsight, right?

Everyday, I’m full of new ideas — they are pressing me for an outlet, but more often than not I’m still that frozen little boy, wetting himself because he’s too shy to engage for fear of whatever his little mind thinks is scary or uncomfortable.

Will I draw unwanted attention?  Will I not know the answer?  Will I look stupid? Will I say the wrong thing? (Judging by this post we can pretty much confirm that I might — who wants to read about peeing yourself? haha)

I don’t think about that little boy too much these days.  But the fears can be comically the same. I’ve come so far, but it’s so easy to get tripped up by the same things that don’t matter. The cycle continues, but I don’t plan on pissing my pants today, so I’m here writing this to you.

What’s your story that you don’t want to share?

I’m not saying you have to write it out for the world to see like I did. But you do have to move past it and maybe, just maybe, by reconnecting with it and accepting it, you can let that little boy or girl free from the story to grow up and make new ones.

But just know that to get there you’ll probably make a lot more mistakes too. That’s part of the process.

Love that process… rinse and repeat. Emphasis on the rinse, especially if you end up  ‘peeing’ your pants like I did (let’s hope not!).  Then keep growing, because the only true failure is the failure to learn from your mistakes.
Speaking of mistakes, gotta go before I have another accident 😉  j/k 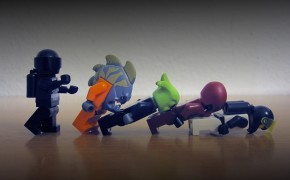 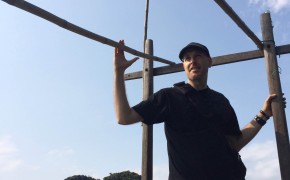