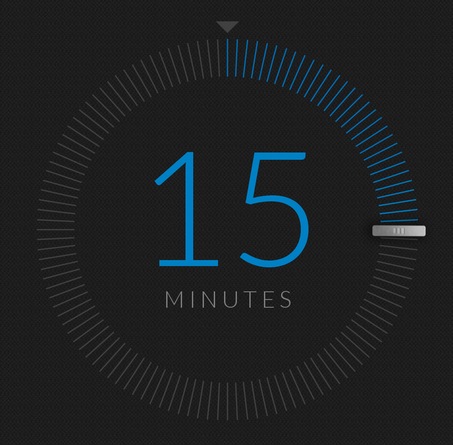 So I finally took a little leap and started really working on my book again. I’ve been trying this new thing (well it’s really an old thing being applied to a new place) – telling myself, ‘just 15 mins a day.’

Just 15 mins ?!
Yeah I know, doesn’t sound like much. But that’s the point. Fifteen minutes is just small enough that it doesn’t scare me into not working on my book. And it’s just big enough that within that time, I usually get a lil’ momentum that snowballs into something more.
I tend to be that way sometimes. If I want to work on something (like writing), Resistance can think of umpteen distractions. But once I get started, the ideas generally start to flow.
It’s kind of funny really because you’d think after watching myself react this way for years in other areas that sooner or later, I’d just say, “Hey! Get over it, sure it may start out awkward because you’re not sure where to start or what to say, but once you get past that initial discomfort, you’re generally ok.”
But noooo, Resistance likes to go, ‘YUCK! Discomfort, discomfort – you hate that! Why don’t we go find something else to do, like clean or reorganize something. And then off I’d go and another day would go by and another annnnnnd another.  Until I’m like, ‘Dang-Sherice! It’s been 2 whole months since you last touched that book.  (OHHHH! So this must be the reason why some authors say it took them years and years to write a book, they’ve been procrastinating for half of them!)
Well, NO MORE!  This episode has played it’s last rerun.  So now, it’s 15 mins a day.  “And that’s not 15 minutes of any kind of writing wise guy, we’re working on the book.  So Resistance, this part doesn’t count.  Don’t even think you can outsmart me by offering me a check mark for working on this post and avoiding the REAL work.  Nice try buddy.  Nice try!”

Just in case anyone’s wondering, this is why 15 mins works for me:

1.  Even if I don’t work longer than 15 mins, just the act of moving forward for any amount of time relieves me of the usual shame and guilt I would feel for not progressing.
2. Have you ever tried working on something after abandoning it for a month or even a week?  I have and usually my first 30 mins or more is spent reacquainting myself with the project or trying to figure out where I left off.  At least this way since the last time I would’ve worked on it is yesterday, it will be much easier to pick up where I left off.
3. It’s easy to tell yourself, you’re too busy to work on something for an hour.  It’s a lot harder to tell yourself you can’t find 15 mins somewhere in a day.  Even the shortest TV show is generally twice that amount of time – right?! (psssst little secret between you and me – don’t tell Resistance but I generally end up writing way past 15).

Neat isn’t it?  Sometimes you gotta trick your emotions into letting you lead them for the ride. This little tip has helped me change my fitness regimen from a neglected gym membership to a daily Yoga practice and sporadic meditation habit into a daily routine.
4. Fifteen minutes is better than doing nothing.  And after a while when you add up enough of those minutes, you’ll end up with something :).

What will you spend your 15mins on?

It’s all about the meaning 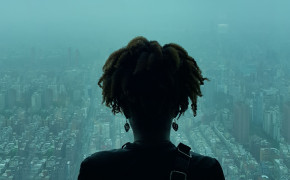